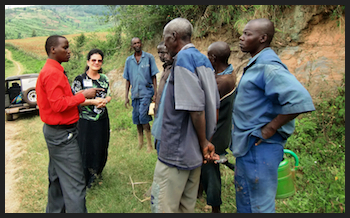 In 2010, as we were traveling to the village crusade, we saw a group of "Blue Shirt Prisoners" alongside the dirt road. They took time from working in the fields to speak with us, informing us who they were and what they were doing there. No one had ever told us that these prisoners existed and that there were 500 in thier camp. This was another "door of opportunity" that IRM needed to check into the next time God brought a team to Rwanda. 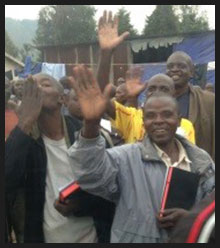 "Thank you for my Bible"

In 2011 we learned that there were 49 of these "TIG Camps" with each ranging from 100 to 500 prisoners. On the June July trip of 2011 IRM had the opportunity to hold crusades in four of these camps. 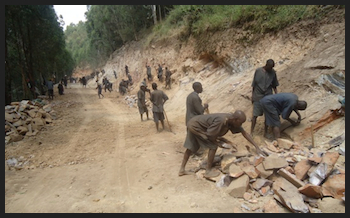 These camps house prisoners in transition doing community service in the same areas they committed their atrocities. They are murderers who have confessed to their crimes and asked for forgiveness from the government and their victim's families. In return they will spend up to 25 years performing hard labor community service before being released back into their Rwandan communities. Farming and construction work are done by both men and women prisoners, all with very meager hand tools. 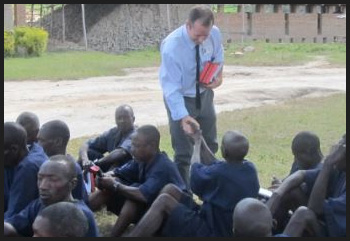 IRM has had the opportunity to hold crusades and distribute Bible sets where at times, the IRM teams are the first to ever visit or do ministry there.